The Timmins mining camp is one of the most highly prolific mining districts in the world, and by far, the number one district in Canada. The ever-expanding mining camp has been in production for over 100 years and is well supported with infrastructure including highways, relatively inexpensive hydroelectric power, a skilled workforce, and of course, is situated in the mining-friendly jurisdiction of Ontario, the second-largest producer of nickel in the world.

From 1910 – 2019, the district has seen historic production of over 77.1 million ounces of gold, ranking it to date, as the largest gold producing region in Canada. The ‘Big Three’ mines, Hollinger, Dome, and McIntyre have contributed to over 60% of the total gold production in the district. In addition to being host to gold, it is estimated that 312 million ounces of silver, 16 billion lbs. of zinc, 12 billion lbs. of copper and 82 million lbs. of nickel have been mined in the Timmins Mining camp.

Xander Resources currently has two separate properties that make up the Timmins-Nickel Claim Group. The two properties comprise a total of 393 claims with 343 claims, to the west of the Canada Nickel’s Crawford Main Resource and 50 claims in the South, contiguous to Canada Nickel’s MacDiarmid Block. Due to extensive overburden cover geophysical targets are being tested by  Mobile Metal Ion soil surveys. Compilation of the new geochemical results with historical data will continue in the first quarter of 2022 in order to develop drill targets.  The South Block will be covered by an airborne magnetic/electromagnetic survey in the first quarter of 2022.

With the acquisition of these claims, the Company’s Timmins North Block now consists of 393 claims that are not only near Canada Nickel Company’s (CNC) Crawford Project, where CNC has completed a preliminary economic assessment only 20 months after the commencement of exploration drilling that indicates 25-year mine with an after-tax NPV8% of $1.2 billion, but also adjacent and along trend with CNC’s recently identified Reid Discovery which has already through early exploration delineated a mineralized footprint 90% as large as Crawford.

The company’s plan over the coming months is to build on the geophysical work completed through further geophysical mapping and interpretation, sampling, and other techniques in order to launch a comprehensive drill program following its upcoming near-term drill program on the prior optioned claims comprising the North Block. 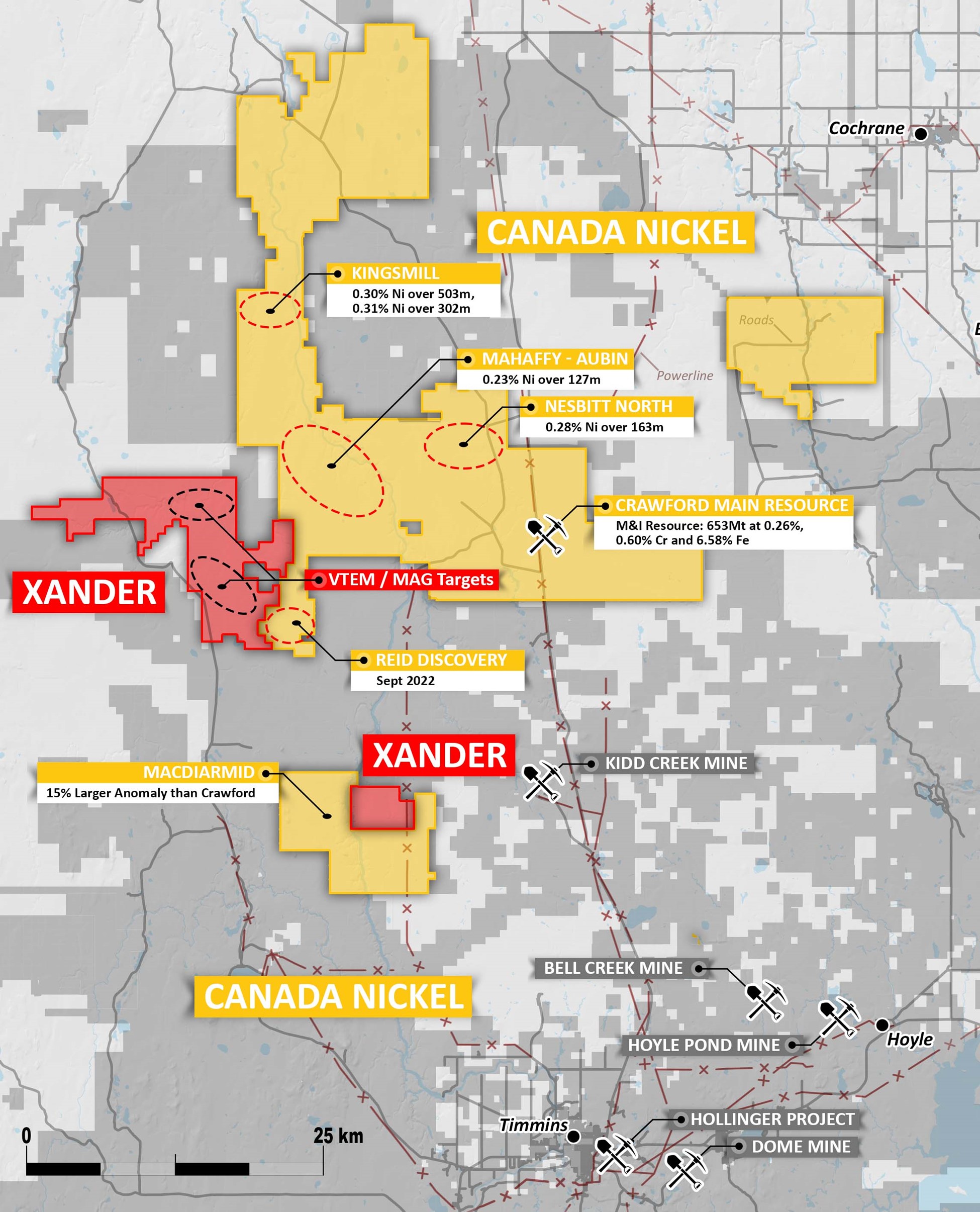 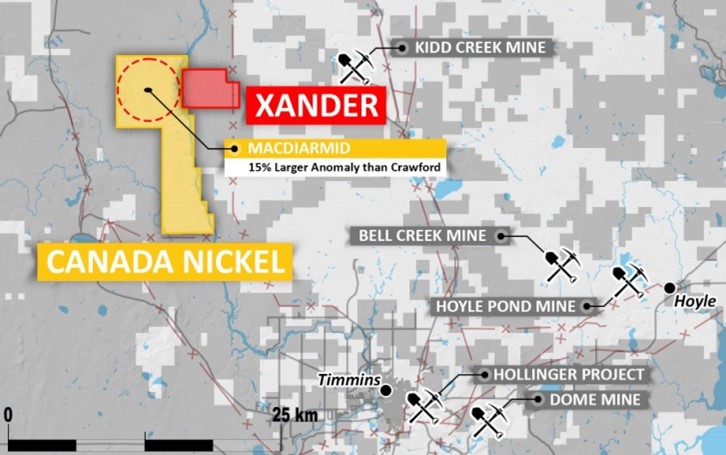 The 50 claim block runs contiguous to Canada Nickel’s MacDiarmid block and is approximately 20 kms west of the Kidd Creek Mine owned and operated by Glencore. The Kidd Creek Mine is the world’s largest base metal mine operating below sea level at 9600 feet with a shaft bottom at 9889 feet. 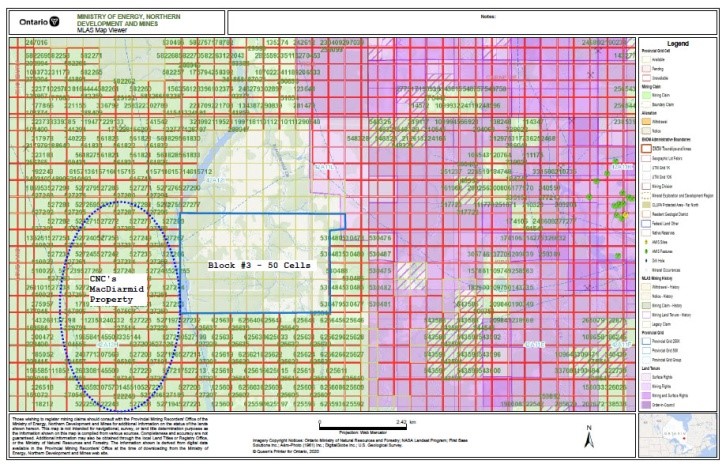